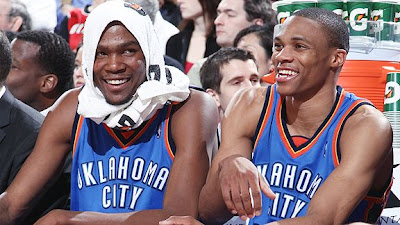 Ask the oldest kid of the family.

In case you are the oldest one, you’ll know what I’m talking about; people always expect you to be the best and responsible for everyone else’s actions; they expect you to carry the heavy weight – believe me, I do this with my older sister.
Nevertheless, the oldest ones are the role models. They are the ones that write the book so that the youngest ones can learn from it.

But often, people tend to get caught up with the successes of the family’s number one that they completely forget the second child.( If you are the middle one you’ll know what I’m talking about.)
We are the ones who usually are unintentionally forgotten because the oldest sibling needs the undivided attention at choosing the right path, and the youngest ones…well, they’re just way too adorable not to cover the with love and presents!

So basically, the second one has to wait until their time comes. And though it can come early or late, it’s always worth the wait. (Ooh, rhyming!)

The same happened at the 2010 FIBA World Championship in Turkey which was won by the amazing, B team! Not first, but second team, second choice!
They say that top cats often begin as underdogs and this case is the living proof.

The OKC’s duo, Kevin Durant and Russell Westbrook were instrumental at bringing home the victory after 16 years. They not only helped winning the gold medal but they also set personal records.

Kevin Durant’s appearance was astonishing by scoring 38 points (record) in the finals, an average of 22.8 points per game, third best among all tournament participants, grabbed 61 rebounds per game, shot 55,6% from the field, 45,6% from 3-point and 91.2% from foul line. Needless to say, this kind of appearance can only be crowned as the MVP of the World Championship.

Russell Westbrook was no less successful; he helped to win the gold medal by a summary of 82 points in total and a 84.0% free-throw average. Also, it is worth mentioning that he is one of the top 25 shooting guards in the nation.

Now, I truly hope that Durant and Westbrook saved some of the art they did, for the new season of the NBA. An art of that kind, combined with the rest of the team HAS to result in a masterpiece!

And by masterpiece I mean this:

An armed to the teeth team with all the determination and passion needed to make it to the top, lead by Kevin Durant, whose glory, devotion, grace and humbleness are all that’s required to be the best.
As they go step by step shaking the ground, the crowd goes silent.
The game starts.
We watch the magic happen.
We cheer for the Thunder while they dunk, and score, and score, and score…

Our time has come.