Who Will Be The Voice Of The Thunder?

Former Sonic play by play announcer Kevin Calabro had made no secret that he was upset of the team leaving Seattle. Most "Basketball People" are used to moving around and were just happy to be working in the NBA. But unlike most of the other people involved with the organization, he will not be making the move. 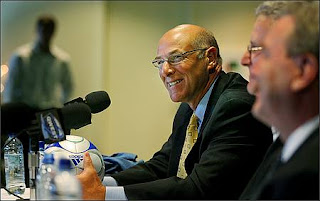 What? You say you have no idea who this bald man is? Well, either do 100% of Oklahomans. Apparently he was the voice of some old Xbox games or something. All this means to me is that this is yet another job opening to be filled by a hard working Okie. Now, Clay and Co. have made no secret that they intend to hire many locals for various positions, but who are the favorites for our future announcers? Let's go over the possibilities.

Simply put, this man is the voice of Oklahoma sports, and not just OU. He has been with KFOR since LBJ was President and has been either the voice of the Sooner or Cowboys since he won an open tryout in 1961. Now granted he does make quite a few mistakes, especially with names and he is getting up their in age. So I don't think TV will be a good fit, especially with a new team in an increasingly European league that he presumably does not know that well. 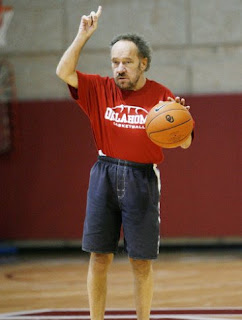 No, not going to happen. But isn't it fun to think about him doing TV? 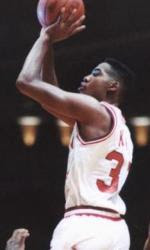 Of all the options, this one has the most legs. He has been doing TV stuff for his former professional team, Da' Bulls, for a few years now and his roots in Oklahoma are as deep as anyone. Born in Lawton, he went on to be one of the greatest players on OU basketball history. Part of three NBA championship teams with Michael and the rest of the Bulls, his experience and knowledge would be nice in the booth.

His ego really doesn't need any more stoking, but he might get a job with the team. He has been at News 9 for a while and I guess he does know the TV part of it, but if he gets the job let's hope he doesn't have to use the restroom during a Kevin Durant fast break.

I vote Stacey King. He would do a great job.

what about Tom Dore? isn't he a free agent with a great bio?