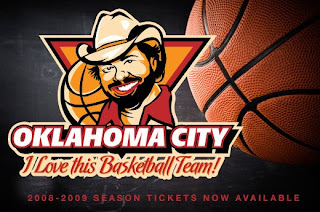 Yes, I do think Toby will be a fan, but I don't think he is ready for sponsorship just yet.
But what's in a name? Well, if you ask most OKC fans, everything. We want it to be cool, to instill fear, and to look cool on a jersey. Unfortunately, whatever it is will most likely twisted around by rivals and bitter Seattle fans to sound less than intimidating. And with many good names already taken by many teams in the area and in all of professional sports, our options are limited. So while speculation is still an option, what are some of the options?

I have seen plenty of variations of this name, but I like this the one the most. It lacks the intimidation of some of the others, but maybe we could get Daniel Day Lewis to be the mascot. 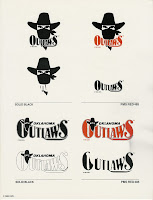 OUTLAWS
This one is a personal favorite. Now, Oklahoma did have a professional football team by the same name, later known as the Arizona Outlaws. I mean, this is Oklahoma. From the Land Run all the way to Gene Stipe, we have a long history of side stepping the law.

Oklahoma has a bunch of oil. We get it. This one is kind of played out and Tulsa has a minor league team named the Drillers already. 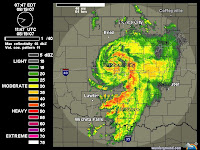 Ehhh, they are scary as heck. But I just never got naming your team after something that kills your fans.

So what do you think fans? Poll on the sidebar.

Barons... pretty good
Outlaws... I like it but NBA wont
Thunder... ok
Stampede... ok
twister/tornado... not likely
Drillers/oilers... been done before
89'ers... they wont bring it back

What about "The Oklahoma City Super Cells".